This is my second post about this trip and we haven’t even left yet. Can you tell I absolutely can’t wait? I need a vacation bad. But also, I’m so excited about all of the different cities and national parks that we’re going to visit. Here’s my list of absolute musts for this trip, some of which we already have booked. Huzzah!

1. See a show at the Oregon Shakespeare Festival in Ashland.

I’ve been dying to get to Ashland for ten years, ever since it was offered as a senior class trip in high school and I couldn’t go because of marching band. Sigh. That was the beginning of rehearsals interfering with my life. Anyway, T and I have talked about going a couple of different times since then, but now we’re actually making it happen! We have tickets to see Shakespeare’s Pericles, which wouldn’t have been my first choice, but it’s what’s playing and I’m too excited to care.

2. Visit the original Starbucks at Pike’s Place in Seattle and buy a tumbler.

In college, while on a choir trip through the Pacific Northwest, I bought a travel mug at the original Starbucks. I absolutely loved it and used it all the time, until somewhere in the process of moving home after graduation, I lost it. So many sads. But now I have the opportunity to replace it, and so I shall.

3. Cheer for no one at a Canucks game in Vancouver.

One night in January, T and I were at a Sharks game, watching them lose depressingly, when one of us said casually, “We should go to a hockey game in Vancouver.” That was enough to distract us from whatever travesty was happening on the ice in front of us, and we promptly hopped on our phones, found a game on one of the nights that we’ll be there, and bought tickets. It’ll be the Canucks vs. the Phoenix Coyotes in the second-to-last game of the regular season, but we’ll be proudly displaying our teal inside Rogers Arena. No one will care since the Sharks won’t be in the playoffs anyway.

4. Go for a walk through the rain forest in Olympic National Park. 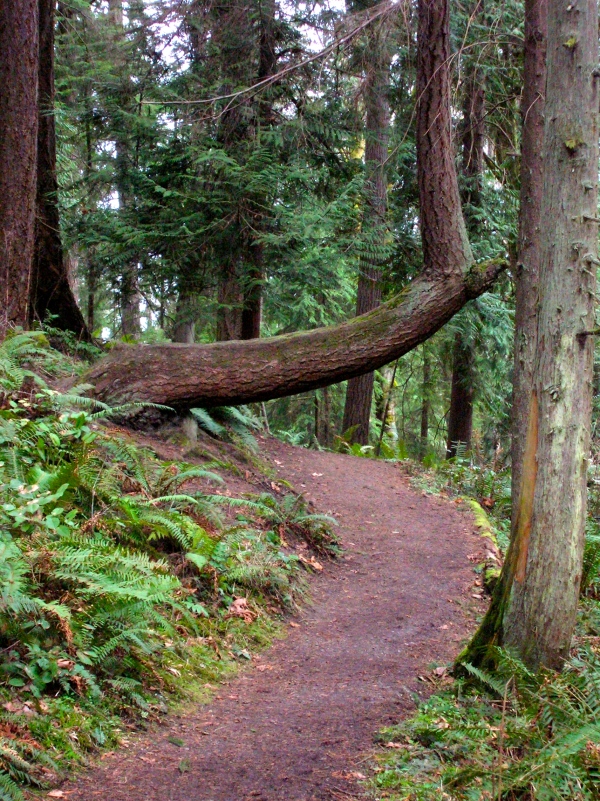 Poor drought-riddled California hasn’t seen that much green in a long, long time. I would love to take the time to enjoy some greenery and some damp weather… and maybe we can convince some of it to come home with us.

Powell’s is basically heaven on earth. This was another stop on the aforementioned college choir tour, and I could have lived in there. Obviously our time was limited because of traveling with a giant group, but I’m very much looking forward to getting lost in there for a few hours. T wasn’t with me last time (though I did bring him back a book of German fairy tales  auf Deutsch), so I can’t wait to see his face upon first walking in.

Have you ever been to any of the cities or places that I mentioned, or do you live in any of them? Any recommendations are more than welcome!

Back in September, when we bought our outdoorsy, all-weather Subaru Outback, we decided that we needed to take it on a road trip as soon as humanly possible. Of course, for us, “as soon as humanly possible” meant “seven months from now when we have time off.” So we planned a spring break road trip adventure up the Pacific Northwest, through Oregon and Washington and up into Vancouver.

When we found out we had to move out of our apartment and our stress levels tripled in a matter of seconds, I began counting down the days to our vacation in earnest and making concrete plans. We leave the day after Easter and I can’t wait to share our travels with you, but for now, here’s what I will be packing for eight days in the car and enjoying all the Best Coast has to offer.

Outerwear, shoes, and scarves. Not pictured: tennis shoes because I forgot to get them out for the picture. Oh well.

More to come about preparing for our trip! Stay tuned!